Pizza of the Week: Domino's, Marrickville

My fast-food pizza of choice used to be Pizza Hut - from birth to age 20 it was the only pizza I'd ever eaten, thanks SED - but in the past year they've dramatically changed in quality, using different cheese, sauce and dough, and what was once a beloved and reliable friend is now an inedible mess. It's the biggest betrayal of my life. I've given them SO much loyalty, not to mention money. Long before Pizza Hut stabbed me in the back, I'd widened my pizza palate to include Domino's, and do I quite like it as well, though its spicier sauce does mess with my tummy a bit, thanks ulcerative colitis. Now, it's all I've got, when it comes to easy, fast, oily, tasty, chain store pizza. And that's what I wanted tonight. Sometimes, it's needed.

I had an online coupon: $33.95 for three pizzas, garlic bread and a Coke, which is a great deal, especially considering that I freeze leftover Domino's and eat it later. I can get four or five meals out of three large pizzas, if I ration out the slices into freezer bags. Leo gets the garlic bread. I don't like it.

I find the quality of Domino's very inconsistent, and so I had my fingers crossed for a good and satisfying order. They delivered. PUN INTENDED. Good effort, Domino's Marrickville. You nailed it tonight.

Look at these crunchy-crusted, comforting delicacies. 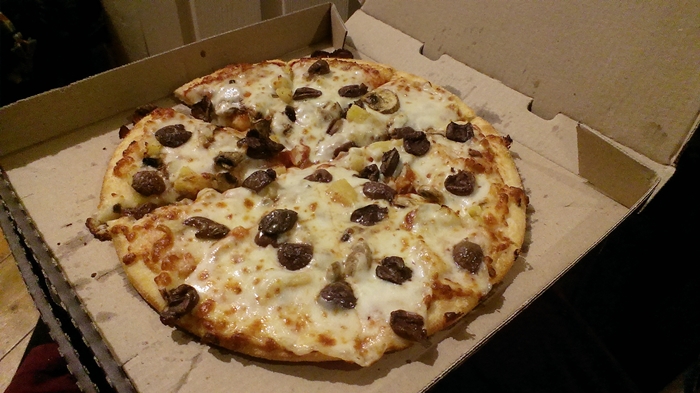 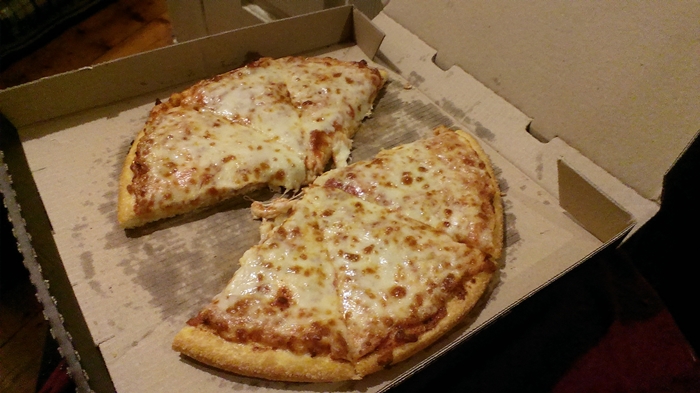 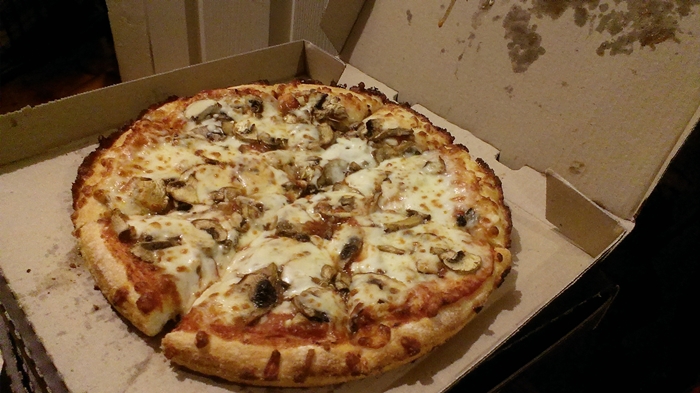 I forgot to take a pic of the cheese one before stuffing it into my face. The all-mushroom one was particularly delightful, because mushrooms, in layers, create a sort of savory juice of their own when cooked. A heavily mushroomed pizza is one of the juiciest things a non-meat-eater can eat.

They did bring a Coke instead of a Coke Zero, which is slightly annoying as I'm trying not to drink full-fat soft drink. The best sugar-free drink by FAR is Pepsi Max, another Pizza Hut casualty - in this country, Domino's has a deal with Coke and Pizza Hut has Pepsi products. And I am a lifelong Pepsi girl. Fight me.

So far I've eaten 6 out of a potential 24 slices - I shall stop now and bag the rest up for freezing. The trick to freezing pizza is doing it while the cheese is still warm - before the whole thing dries out. If you let it defrost properly (NOT in the microwave, they change the molecular structure of food and therefore affect the taste, and it makes Domino's pretty tasteless) and then gently re-heat in the oven, it's almost as good as new.